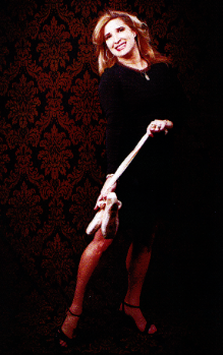 Having grown up as a soloist for the Oak Ridge Civic Ballet, Mrs. Quist ventured into the world of studio ownership by opening The Dance Centre in 1991. She studied under many talented instructors, including Anna Marie Holmes, David Holmes, Suzanne Skeel, Steve McBride, Leslie Swazee, Christian Adams, Jill Hollingsworth, Bruce Alan Ewing, Bill Martin-Viscount, and Southwest Ballet Center. Mrs. Quist holds a B.A. from the University of South Alabama where she attended on scholarship, and a M.S. from the University of Tennessee. During her undergraduate studies, she was a dancer on the University of South Alabama Dance Team. As Owner and Director of The Dance Centre, her dancers have received numerous awards and accolades over the years in both regional and national competitions. Mrs. Quist resides in Knoxville with her husband, Knoxville attorney Brian Quist, and their three children Katrina, Andy, and Alex.
TNLedger Article 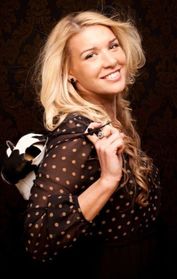 Buff is a native of Bristol, TN. She studied various types of dance under the direction of Tina Henley at Henley Dance Studio in Kingsport, TN. Additionally, she trained with professional choreographers such as John Crutchman, Allen Sheffield, Doug Caldwell and Joe Tremaine. Buff was a member of the University of Tennessee Dance Team and graduated with a Bachelor's degree in Business Administration. She first began teaching at the Dance Centre of Knoxville in 1998 and transitioned to the Oak Ridge location in 2017. Currently, she resides in Knoxville with her husband Wes and sons Campbell and Coleman. She specializes in jazz, lyrical, hip hop and tap. 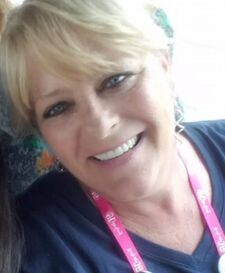 Ms. Kandi has been teaching dance for 40 years. She is a certified member of Dance Educators of America. She began her dance training at the age of 6. She has studied with many legends in dance including Gus Giordano, Lea Darwin, Joe Lanteri, and Joe Tremaine. Her dancers have won multiple awards in regional and national competitions. Ms. Kandi was the director of the East Tennessee Dance Ensemble for 20 years. While under her direction, the ensemble studied and performed in New York and Chicago. They also performed at Disney World, Sea World, Universal Studios, as well as with the Royal Caribbean and Carnival cruise lines. Additionally, her dancers have also performed for the Orange, Sugar, and Peach Bowl games. Ms. Kandi's love of dance and music will shine through as she teaches her students to dance from their heart. 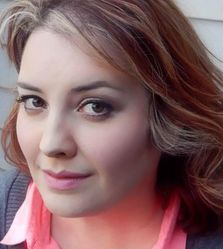 ​Jessica Magers-Rankin is an award-winning actor (Northern California’s Shellie Award: Best Supporting Actress in a Musical) originally from the San Francisco Bay Area with over 25 years of theater training and experience. Having worked and studied in NYC (American Musical and Dramatic Academy) as well as the San Francisco Bay Area, Ms. Magers-Rankin is very happy to now call Knoxville home. In addition to teaching theatre & choir at Knoxville Catholic High School, she has taught theatre classes and directed youth theatre programs throughout the Knoxville area. Musical Theatre is her passion and she is very excited to share her love of musical theatre dance!
East Tennessee audiences may have seen her as Betty Jean in The Marvelous Wonderettes (Oak Ridge Playhouse), Susan in [title of show], Izzy in Rabbit Hole (Theatre Knoxville Downtown), Joy in Rogers & Hammerstein’s Cinderella, Miss Hannigan in Annie and Tracy Turnblad in Hairspray! (Oak Ridge Playhouse), and as Cathy in The Last Five Years (Caritas Players). 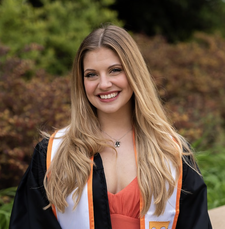 Courtney has been dancing for over 20 years, beginning her studies at the Center for Dance Education in New Jersey under the tutelage of Evy Zavolas, Christina Manousos, Lisa Peluso, and Jennifer Innis. After moving to Knoxville, she trained under Lisa Hall McKee, Laura Shields, Denise Njuguna, Christopher Mohnani, Greg & Laurie Merriman, among others, & attended various dance intensives including TN Governor's School for the Arts.  She began dancing with ORCBA in 2007 performing roles in Sleeping Beauty, Swan Lake, The Nutcracker (Clara) & Firebird (Princess Vasilia). As a member of GO! Contemporary Dance Works she‘s performed lead roles in The Barbarosa, Persephone, Alice, Unsung Heroes: The Women of World War II, Runaway, among others. She is a classically trained soprano & advocate for the arts in her community; and has performed with the Oak Ridge Playhouse in Hairspray, The Music Man, & 1776. After studying Classical Ballet at Point Park University, she earned her B.S. in Marketing from the University of Tennessee and currently teaches at The Dance Centre of Oak Ridge and A Dancer's Place. Courtney has trained in ballet, pointe, jazz, Horton, modern, contemporary, and more. 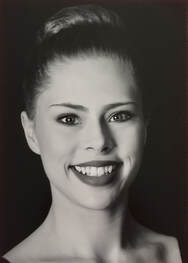 Grace Powers is a 2019 graduate of Grace Christian Academy and will be studying elementary education at Pellissippi State and Tennessee Tech. She studies ballet, lyrical and jazz at The Dance Centre and has taught young dancers at ORCBA’s Summer Dance Camp the past three years. Grace performed the role of "Clara" in ORCBA’s production of The Nutcracker and "Rapunzel" in Into The Woods. Most recently, she danced the role of "Big Swan" in Swan Lake and "The Bluebird" in Peter and the Wolf. Grace has an interest in photography and has won several local and state awards for her works, many of which have a ballet theme. Her photograph, “Pointe Shoes” was the winner of MTSU’s Blue Spark Award, Tennessee’s only statewide award dedicated to high school media arts. ​ 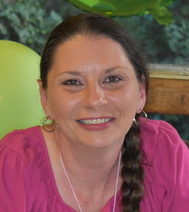 China began dancing at the age of 4.  She has studied Ballet, Pointe, Tap, Jazz, Lyrical, Contemporary and Modern Dance. Ms. China studied under Kandi Copeland for many years and continued her studies at the Knoxville School of Performing Arts.  She is a former member of the East Tennessee Dance Ensemble.  She continued her studies by attending master classes with Joe Treamine, Marcea, Linda Retter and more.
Ms. China is currently the Assistant Teacher to Ms. Kandi at the Dance Centre of Oak Ridge.